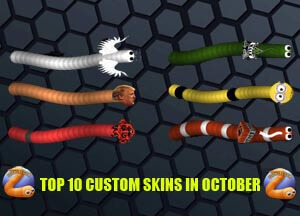 These days, we have thought that you saw slithere.com top 10 title when you were watching Slither.io achievements in Youtube videos. We know that you wonder slithere.com mods and skills if you do not use Slither.io mods before. We are sharing the top 10 Slither.io october skins today. You can find new skins in our mods and help to develop our skins range as much as possible. We expect you to contact us about developing skins. They have opportunities to say their feedbacks, comments to our Facebook page and website.

It is our fourth popular top 10 Slither.io october skins list which based on the data of October. The lists are made according to the playing amounts in the google play store and slithere.com mods analytics. The characters or items that you want to create your own design to enter the next month’s list so you must rise your playing percentages for your skins after we add. We believe that you will like more the game when you have special skins which are created by users and our programmer team. Also, if you want to create your skin and share out to other players, you can send and share your skins on our Facebook contact page. Finally, people may play with your skins which may enter the Top 10 Slither.io November Skins. We thank all our mods users and YouTuber who are using our Slither.io mods in your videos. 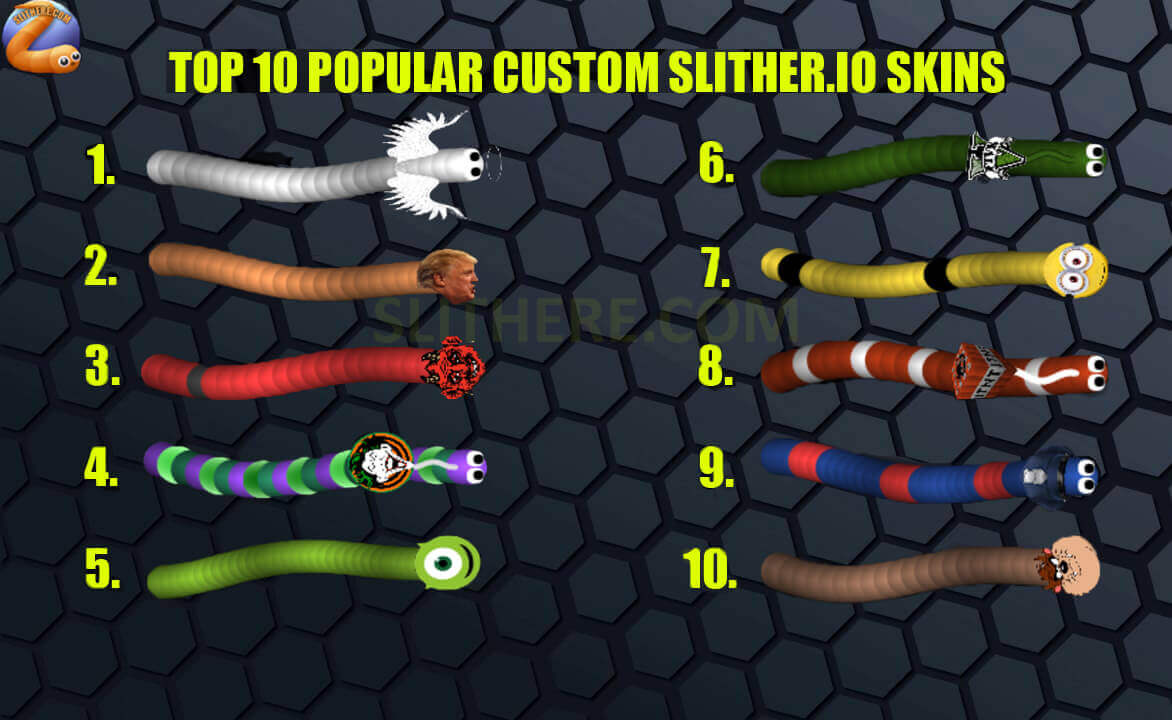 This sorting is done according to the most popular skins. These skins will support you gain more points and an enjoyable game. Ranking of popular skins will be held every month. Also, if you want your own skins to share in Slither.io mod, you can contact us on slithere.com Facebook page. At the end of November, it will be held next month ranking which name is Top 10 Slither.io Skins In November.

These days, many gamers play Slither.io with different mods. Many features have been added with the new update. You can put your own heads or tails on slithere.com mod. We will briefly describe the insertion and adding method. First… 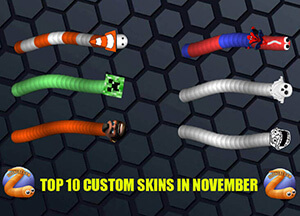 Slither.io is the top .io game in the world now. Everyone plays Slither.io with plugins which make the game easier and more enjoyable for players. Many people want to play with new characters in Slither.io by slithere.com mods. We…