Try Out the Slither.io mod and find out some exciting features in the game. Customize or change skin, play with friends, use bots, lower performance with the mod.

Are you addicted to Slither games on the browser? If yes, then try out the latest version of the game, Slither.io mod. The slither game is a current sensation where you see a snake avatar sleeping in a colorful area. The snakes gobble up the pettels and trap each other to win the game.

What Is Slither.io mod?

Since the launch of the Slither, there have been numerous tweaks in the form of mods and extensions. Slither.io mod is a critical part of the game that provides you numerous features to play the game.

The mod version is packed with private skins and exciting features. Under this version, you can customize the avatar and enjoy the game.

Descriptions Of The Features

The zooming mod allows the player to zoom in and out and check the area around their avatar. Though many have claimed it as a cheat, it is a great treat for the players. This feature allows the player to investigate the area deeply. They can plan out a strategy to trap the opponents and get a clear image of the area. 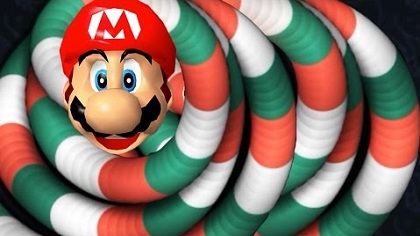 Though there is nothing in relation to performance with the Slither game, yet mods help in bucking up the speed. The Slither.io mod helps in speeding up the game on a low-performance device. The mods switch off the bright lights in the background and control the graphics. This gives the players an opportunity to play on any device irrespective of its performance.

Bots on the mod version ease the flow of the snake. If you are a beginner and are struggling with the snake’s movement, bots can help you to the extreme. as soon as you begin the game, you can feel the snake moving on its own and eases your struggle on board.

The mod version gives you an array of skins to change. The developers of the game have tried their best to make it more interesting and eye-catching. You can change and customize the skin of your avatar and make it look vibrant. This is one of the best facets of the mod version. The player can choose the on board skin or make their own with help of the mod.

Slither.io mod enriches the player’s knowledge about the game. This gives opportunities to try out some different features in the game. catch up on the latest updates and find out what new features are there for you!

The Features Of Slither.io Mod

Slither.io Mod v4 (need Tampermonkey or others at bottom)