Both slither.io and agar.io are two of the most popular games, which are still played, among the many io games, which become less popular with time. The game agar.io is the first creation of the io series, and slither.io was released just after a few months, agar.io became quite popular among multiplayer gamers. Today, we are going to discuss slither.io vs agar.io smoothly. 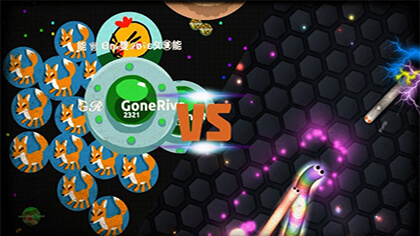 In the war of slither.io vs agar.io, the slither.io is a game, where you will have to start the game with a tiny colorful snake, and you will have to grow up the snake within the arena. In the process of growing up, if the head of other snakes collides with the body of your snake, that snake will die, and the corpse of the snake will turn into, such that you or other snakes in the game can feed on the snake. Thus, the game is quite easy to understand.