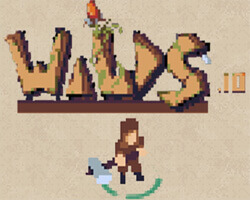 Greetings to another grand multiplayer combat game having the name of “Wilds.io”! As a player in the game, you must protect yourself against wicked creatures and you do this by tracking them down. On every occasion that you take a creature’s life, you gain mass. In addition, magic multicolored bottles are going to will make your life longer and put you in power.

Wilds.io which bears resemblance to slither.io, agar.io, and diep.io is an immense multiplayer game online you as a player roams about. However, here you participate in the form of a feral barbarian that has got to stay alive in the face of the onslaught of additional barbarians. 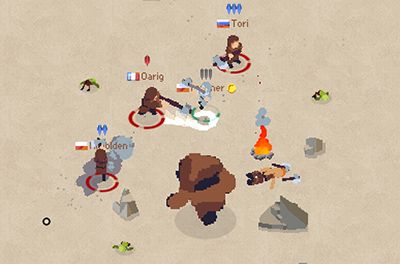 In the game, you make use of medieval weapons that consist of axe and swords for winning and for making unique moves. You are also going to find bosses and monsters, which range in size from diminutive to life-size ones, roaming across the map. While you roam about you keen on picking loots that include draggers, healing potions, and more. On being aware that you are not in a position to be the winner you flee and come back and fight on a different day.

The controls for playing the game are:

• wsad for moving
• lmb for attacking
• rmb for kicking
• rmb for crushing and dealing damage to collapsed foes
• Hold rmb for running. However, for this you require stamina
• Space bar for jumping over low down rocks, waving attacks, and turning objects
• Wheel up for rolling forward for avoiding attacks and falling down foes
• Wheel up for leaping onward for reaching spots ahead of others
• Wheel down for blocking and on being successful utilize attack for speedy counter
• Wheel down for leaping backward for dodging incoming attacks
• Enter for bragging about your condition
• rmb & wheel up for shockwave for falling down foes in a line, disarming and arming of mines
• rmb & wheel up for whirlwind for chopping all foes in your path