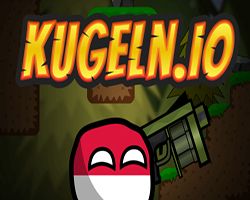 This game that’s named Kugeln.io is a 2D multiplayer shooting game. “Kugeln” is the German word for the English word “spheres.” The name is pretty practical of you to consider the fact that you are going to be taking part as the gun-toting sphere. Due to the game space being 2D space it’s actually a circle instead of a sphere. However, terms do not matter.

It’s a 2D multiplayer shoot them up .io game that you can play in all web browsers without having to download anything or so any registration. You’re either able to start matchmaking with individuals from the world over or participate with your pals in private gatherings. In matches having as many as 8 players, you must fight till death in incredibly speedy combat scenes. You have to lift up the required weapons and shield your team! The theme of this game is the celebrated meme labeled Polandball. 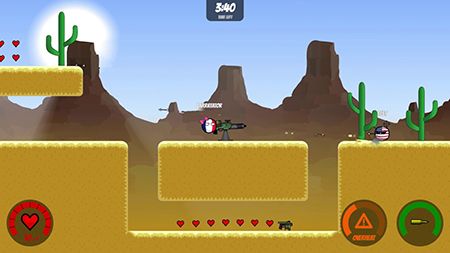 It has three gaming modes. They are:

You must use A/D for controlling your character and space for jumping. For aiming you must use the mouse. For shooting use your left mouse button and the right button is for throwing a grapnel. Press on E when you’re nearby any machine gun for using it. For reloading your gun, you require finding that weapon present on the map and lifting it up another time. And constantly keep a check on your health.