In the io game named flaap.io, you take to the atmosphere and be in charge of your individual Flappy Bird and thwart him from getting crashed! This entertaining and habit-forming browser game’s straight forward and yet you’ll have a hard time resisting playing this. Its graphics are old-fashioned and its levels aren’t all that unlike Super Mario worlds featuring big green pipes.

Flaap.io is best described as an io game that’s based on the set-up of Dong Nguyen’s famed Flappy Bird. The task that you have at hand here is driving the bird soaring through the pipes while making sure to not touch them. Thus, what is it that is new in this io game? 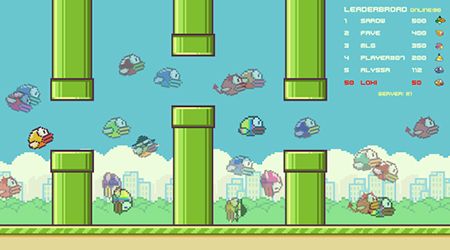