Slither.io is the oldest and most popular snake io game. Compared to the slither.io game 2016 version, there is not much difference with the Slither.io game 2022 version. The game keeps its originality constant. That’s why many game lovers still like to play this game.

A wonderful multiplayer snake game, Slither.io game is played by thousands of gamers the world over. It can be an addictive game, making you wonder where the hours passed by. This game is the classic snake game where you start as a small snake. You must destroy the enemies and collect the bait on the map to become the biggest snake in the game.

The gameplay is simple, in the sense that all you have to do is combat with other players – in an attempt to top the leaderboard and be the #1 player.

The Slither.io game 2022 hasn’t changed much since its first release. The game follows a policy of preserving its originality. Many players don’t see a huge difference between the first time they play this game and the last time they play it. 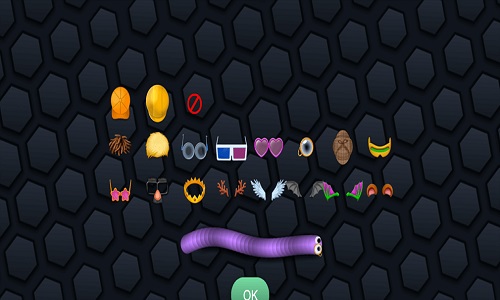 This multiplayer snake game has numerous luminous dots scatted all over the gaming zone. You have to travel all over the map as the snake and gather as many dots as possible. The more that you manage to collect, the longer your snake would grow. Take care that your snake’s head does not come in contact with those of other snakes in the Slither.io game 2022 map. Otherwise, the game will come to an end immediately and you have to start again.

There are many other snakes in the gaming area which come in amazing colors. While trying to make your snake grow, you have to ensure that your snake should gobble up as many pellets as it can, in order to grow even longer. Many business players can have fun at work by playing the Slither.io office game.

Top Things To Remember To Win The Game

In the Slither.io game 2022, you have to be careful of snakes that are larger in size. If you are a small snake, you can easily gather dots when a big snake dies. You have to check the gaming map carefully, in order to find out where all the dots are – that can be gathered to make your snake grow even more.

There are snakes of different colors always moving around in the gaming area, and you should always stay cautious of your surroundings. When needed, you should move or run as fast as possible. While that might make your size grow smaller, you can manage to win against other players posing as snakes in the Slither.io game.

Whenever possible, your snake should encircle the other snakes moving around in the Slither.io game map. While wrapping around other snakes, make sure that you are not encircled by others. You have to keep in mind that encircling other snakes is the best way to collect their dots.

Slither.io App for iOS And Android